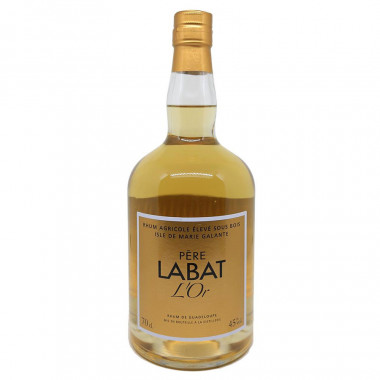 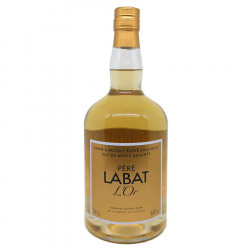 The Cuvée L'Or Père Labat has a magnificent golden colour, from which it takes its name.

Considered to be one of the founding fathers of rum, Father Labat was a Dominican missionary who developed a brandy to treat a person suffering from fever during a stay in the West Indies. This brandy became after a few adjustments, rum.

The L’Or cuvée is an agricultural french rum made from pure sugar cane juice. The whole is distilled in the Savalle column of the Poisson distillery.

Its colour displays a magnificent golden dress, from which it takes its name. This colour comes from its maturation: this amber rum has aged three years in French oak casks.

A rum that develops beautiful notes of dried fruits with spicy hints of coffee and vanilla.