Reopening of our stores in compliance with sanitary rules. Learn more >
Our CellarArchivesMacallan Ruby 70cl 43° 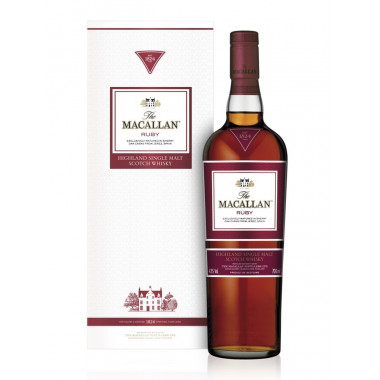 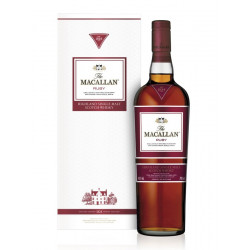 With its beautiful reddish colour, Ruby evokes the shimmering precious stone, and is a wonderful reminiscence of Macallan Sherry Oak 18 Years Old.

Macallan Ruby is a Single Malt of the 1824 range, a range that has been launched by the distillery to highlight whiskies exclusively aged in spanish Sherry casks and which developed rich, impressive textures, distinctive aromas and flavours that make them unique.

With its lovely reddish colour, Ruby evokes the shimmering precious stone and is a wonderful reminiscence of 18 Year-Old Macallan Sherry Oak. Its extravagant fruitiness of raisins, mild spices and ginger with a floral and oaky character make it a not to be missed whisky.

Products from Macallan (The)