Sales up to 50% off. 2nd markdown : extra 10% off on textile items already on sale! Discover >
Our CellarWhisky Whisky by countryIrelandCounty Carlow The Irishman Single Malt 70cl 40° 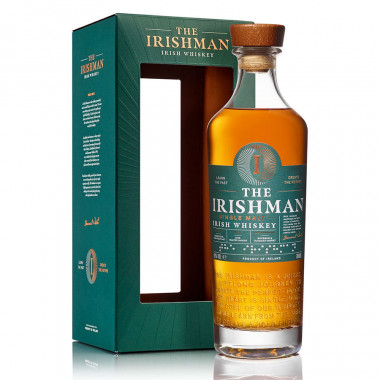 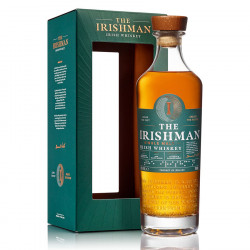 This small batch of The Irishman Single Malt has been triple-distilled. It unveils cracking notes of red fruits and vanilla on a very smooth overall, for a whisky repeatedly acclaimed by critics.

The Irishman Single Malt is a small batch from which each bottle has been individually numbered. This triple-distilled Single Malt states its smoothness and mellowness with cracking notes of vanilla and red fruits.

The Irishman has been aged in Bourbon and Sherry Oloroso casks, and developed into a floral, fruity Single Malt with a sophisticated and rich flavour. Sweet spices, orange blossom, coriander and milk chocolate dominate the mouth during the tasting.

Palate: dominated by the smoothness and lingering presence of vanilla, roasted almonds, honey, buttery biscuits and milk chocolate with a hint of coconut.