Sales up to 50% off. 2nd markdown : extra 10% off on textile items already on sale! Discover >
Our CellarWhisky Whisky by countryIrelandCounty Carlow The Irishman The Harvest 70cl 40° 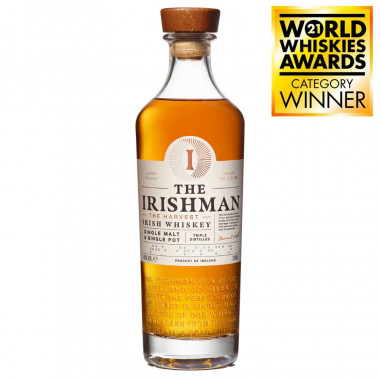 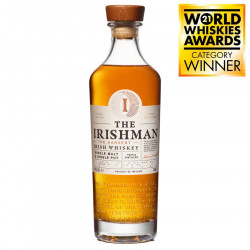 Created by Bernard Walsh, The Irishman "The Harvest", formerly "Founder's Reserve" is a limited edition independant bottling. Aged in Bourbon barrels, its smoothness is balanced by notes of green pepper and ginger.

The Irishman "The Harvest", formerly "Founder's Reserve", is a limited edition, independent bottling created by Bernard Walsh. It is a high-class, luscious blend of 70% Single Malt and 30% Single Pot Still (combination of malted and non malted barley).

The Irishman Founder's Reserve has been aged in Bourbon barrels, with an elegant smoothness perfectly balanced by notes of green pepper, cocoa, orange peel, coconut and creme caramel.

It has been awarded a Gold Medal at the International Spirit Challenge of London and San Francisco.

Nose: bursting with ripe fruits and spices, ginger, a spark of orange, black pepper paired with green apple, blackcurrant over a vanilla backdrop.