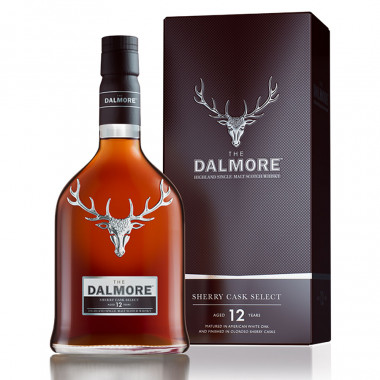 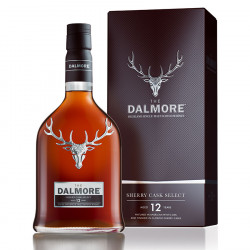 12-year-old Single Malt, aged in ex-Bourbon casks, then refined for 18 to 24 months in three single Sherry casks assembled by the distillery.

The Scottish distillery Dalmore often matures in exceptional casks Oloroso, Amoroso, Mathusalem... Each cask has its own characteristics, flavours and aromas. The Sherry casks give the Dalmore Single Malts a perfect balance and a remarkable complexity.

Richard Paterson, master assembler of the house, presents here a 12 years old Single Malt, initially aged in former American Bourbon barrels, then matured for 18 to 24 months in three casks of a unique Sherry blended by the distillery.

This is a whisky offering more intensity than the classic 12 years old, with twice as much sherry influence!