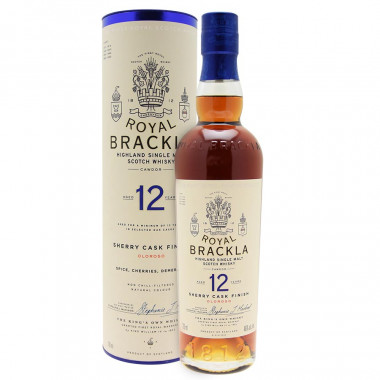 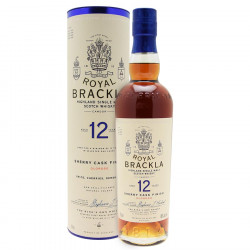 A 12-year-old Single Malt with a royal character.

Bottled at 46% ABV, this Royal Brackla has aged in Sherry Oloroso casks giving it an incredibly fruity and spicy depth of flavour.

Bottled in its natural colour and non chill-filtered.