Sales | Up to 50% off! >
Our CellarWhisky Whisky by countryJapanHyōgo PrefectureAkashi 4 Years Old Red Wine Cask 50cl 50° 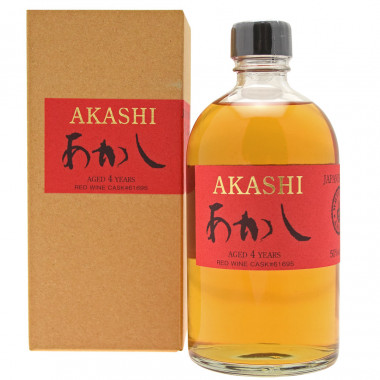 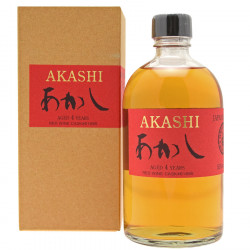 New edition of the whisky from the Japanese distillery White Oak, this Single Malt Akashi 4 years Red Wine Cask has benefited from a maturation in Cognac and wine casks.

New edition of the whisky from the Japanese distillery White Oak, this Single Malt Akashi 4 years Red Wine Cask benefited from an aging of 3 and a half years in Cognac barrels before being refined 10 months in red wine casks from Akashi vineyard located in Yamanashi county.

The Japanese Single Malt was then bottled in barrels at 50° without cold filtration and without coloring.

Nose: lively with aromas of white fruit and a floral spirit.

Palate: round and refined on citrus and grilled wood.