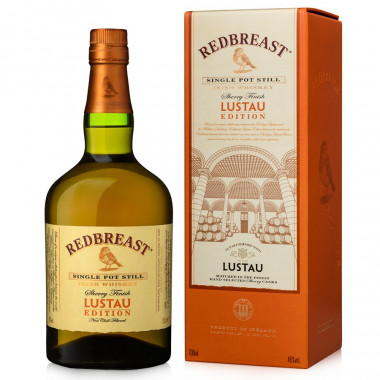 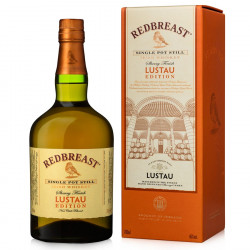 Single Pot Still from the Redbreast range, this Lustau Edition whiskey is a unique result of the partership between Lustau Bodegas and Redbreast distillery.

Single Pot Still from the Redbreast range, this Lustau Edition whiskey is a unique result of the partership between Lustau Bodegas and Redbreast distillery.

At first it has matured nine to twelve years in old Bourbon and Sherry Oloroso casks, Redbreast Lustau Edition has then matured in spanish oak barrels that have contained Lustau Oloroso. This stage brings a unique taste to this whiskey, influenced at first by Sherry barrels with red fruit notes and keeping its fruity character.

Billy Leighton said that “for many years, we have worked closely with the team at Bodegas Lustau to procure the very finest Oloroso sherry casks used to mature whiskeys in the iconic Redbreast range. I am honoured to be able to finally reveal Redbreast Lustau Edition to the world as it represents the mutual bond, based on our commitment to excellence in craftsmanship, which we have built over time at Bodegas Lustau... The result is an exceptional new Single Pot Still Irish Whiskey that champions the iconic sherry influence of the Redbreast range.”

Palate: round and mellow, mixture of red fruits and spices.