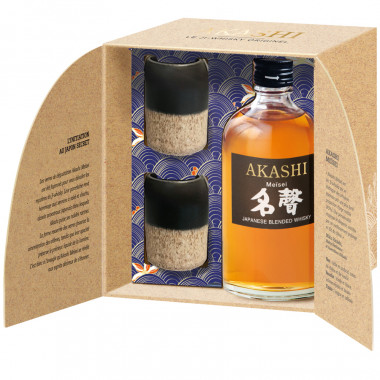 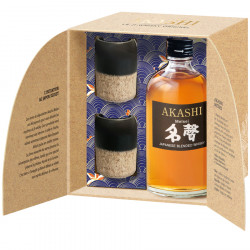 Find the Akashi Meisei, the official whisky of the Japanese distillery White Oak, in an elegant box that includes 2 glasses.

The Akashi Meisie is a blended japanese whisky made by the oldest distillery from Japan, White Oak, from the blend of Single Malt and grain whiskies,

Find the Akashi Meisei in an elegant box that includes 2 glasses.

Nose: of great richness, with a remarkable depth and oaky vanilla notes.

Palate: tongue-coating, round, with lovely sweet spices and a woody backdrop.