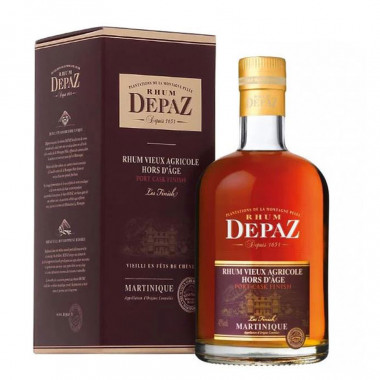 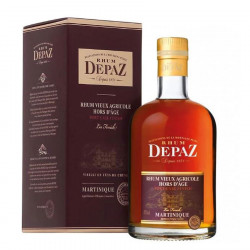 Depaz Port Cask Finish is an old agricultural rum with a finish in Porto casks that gives it tasty gourmet notes.

Depaz Port Cask Finish is an old agricultral rum that is first aged for a minimum of eight years in selected small oak barrels. It then benefits from an 11-month finish in Porto casks, which gives it gourmet aromas of cooked fruits and figs.

The sugar canes that compose it grow on the richest lands of Martinique. These lands also have the "Appellation d'Origine Contrôlée Martinique" since 1996.

It will be the perfect ally of grilled foie gras accompanied by a warm salad with green papaya.

It will also sublimate a roast duck breast with spices and bring a touch of spice to a tarte tatin revisited with banana.