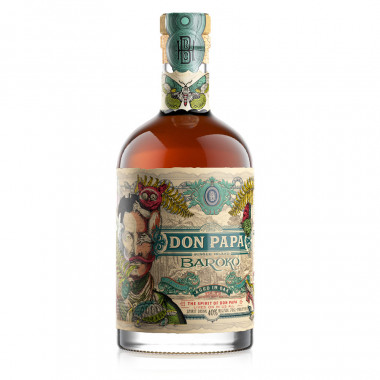 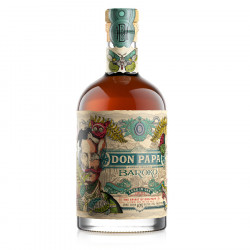 Don Papa Baroko is the result of an assemblage of old rum distilled from molasses to which sugar cane and aromas have been added.

Don Papa Baroko is made on the island of Negros in the Philippines. It is the result of a blend with old rum distilled from molasses, known locally as "black gold" black gold, which comes from one of the many local mills on the island.

Don Papa Baroko has aged for several years in American oak barrels. The Master Blender then selects the most expressive casks, those which best reveal the fruity and vanilla notes.

This recipe produces a result that is not a rum, but a more exuberant drink, it is also the meaning of Baroko in Tagalog, the local language.

This edition develops a beautiful amber colour, a heady nose of vanilla and delicious notes of candied fruit.

Particularly suitable for explorers and novices, Don Papa Baroko can be enjoyed as is or as a cocktail.