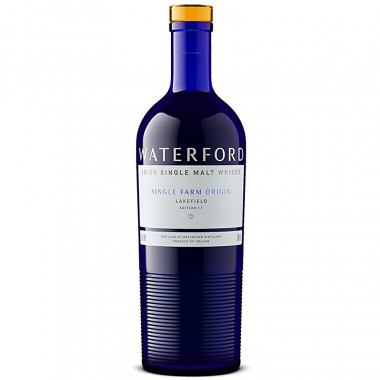 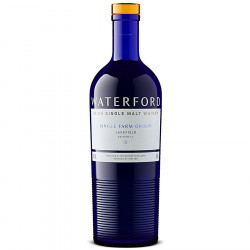 Waterford Lakefiel 1.1 50° is a very pastry-like single malt, rich in malty and sweet flavours. The whole is enhanced by aromas of resin, flowers and sweet spices.

Waterford is a distillery that is reinventing the production of whiskey in the south of Ireland. This is where the most exciting project of recent years takes shape. The main goal is to extract the taste and the terroir that will give barley its characteristics.

Lakefield Edition 1.1 is the result of barley harvested in County Laois in 2016 from rolling plains by Seamus Duggan, voted 2019 Farmer of the Year by the Waterford teams.

In this part of Ireland, the soil is rich and fertile, loamy type and well drained. It makes it possible to produce exceptional barley! The result is a very pastry Single Malt, rich in malty and gourmet flavors. The whole is embellished with aromas of resin, flowers and sweet spices.