Sales up to 50% off. 2nd markdown : extra 10% off on textile items already on sale! Discover >
Our CellarRum CellarTypes of rumWhite RumSaint James Fleur de Canne 70cl 50° 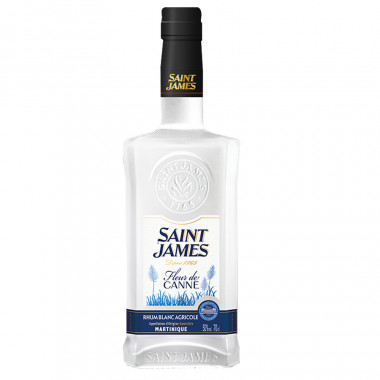 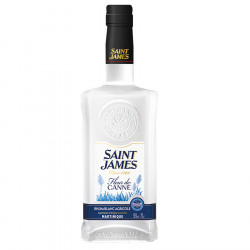 This Saint James white rum is made from sugar cane cut during the dry season, bringing this sweet taste and concentrating the aromas of the lands and the sun of Martinique. Its name, Fleur de canne means sugar cane flower in French.

It is rich in aromas and flavours and demonstrates all the typicity of a great AOC Martinique (controlled origin) agricultural rum, both powerful and mellow.

Intense and gourmet aromas of sugar cane, delicately accented with floral and fruity notes, are a delight for the nose.

Balanced and round on the palate, the Saint James Fleur de Canne, limited edition, has a great elegance.

This rum is ideal in the preparation of ti-punch cocktail.

Finish: vegetable, on the hay, all lightness, leaving a mineral sensation on the tongue.

Silver Medal of the "Concours Général Agricole" in Paris in 2013.

Gold Medal at the "Concours Mondial" of Bruxelles in 2013.