Sorry, your thread has been archived, this is a new chat
Sales | Up to 50% off! >
Our CellarRum CellarTypes of rumOld RumDiplomatico Reserva Exclusiva 70cl 40° 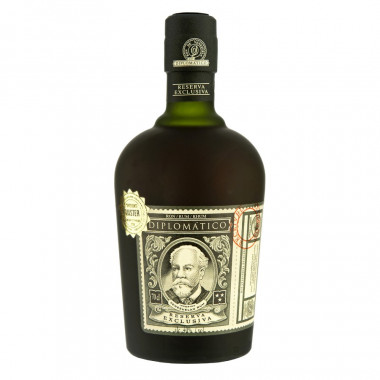 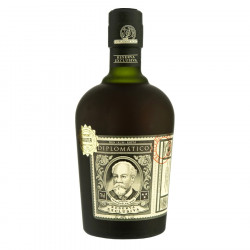 With a beautiful amber colour and coppery glints, this amazingly sweet rum has been an international hit since its release and is unanimously praised by rum enthusiasts.

Produced by the centenary distillery Unidas S.A., Venezuela, Diplomatico Reserva Exclusiva rum is an exceptional blend handcrafted in the distillers' tradition, reaching unparalled complexity thanks to the impressive rum stocks of the company and masterful blending skills.

With a beautiful amber colour and coppery glints, this amazingly sweet rum has been an international hit since its release and is unanimously praised by rum enthusiasts.

During year 2007 only, the Diplomatico range has received not less than 16 gold medal at International Competitions of San Francisco, Florida, London, New Orleans and Brussels!

Diplomatico Reserva Exclusiva is a blend of woody aromas, dried fruits and honey. It has been traditionally aged in oak casks.

At the end of the 19th century, in Venezuela, Don Juancho Nieto Meléndez discovered a passion for sources and methods making the success of traditional beverages.

He was fascinated by the subtle complexities of surrounding factors such as sunlight and humidity that affect the production of rum. He collected both liqueurs and exotic rums and became famous for his well-stocked supplies quickly nicknamed the "Ambassador Reserves" in reference to his status and his love for good things in life.

He studied production methods used in Jamaica, a reference in the field at the time. On other islands of the Antilles, he scrupulously observed the refining of sugar cane and imagined variations to create a new type of rum. Over time, a clever combination of ingredients, wooden barrels and honey led Don Juancho to create Ron Diplomático.

Finish: quite syrupy, lifted with a hint of spices (black pepper, ginger) for a lasting finale to be enjoyed thoroughly.