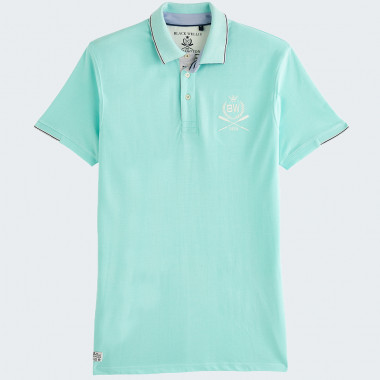 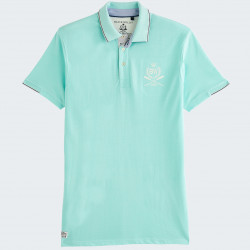 Embroidered logo on the left at chest level.

Collar cuffs and the double button placket are contrasted in a modern print.

Contrasting piping at the neck.

Braid at the button placket.

Contrasting piping at the sleeves.