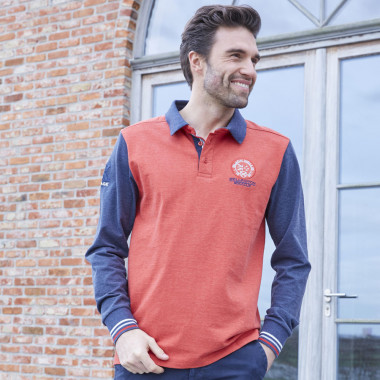 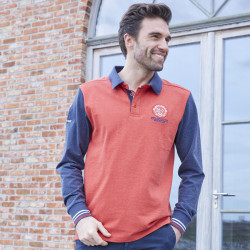 Contrasting tricolour trim inside the collar.

Embroidery on the sleeves.