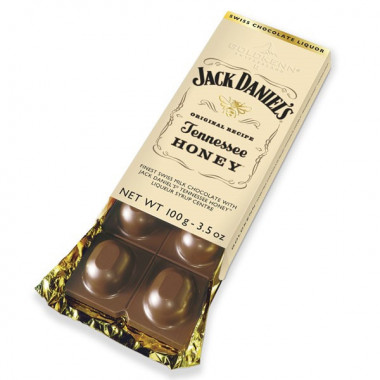 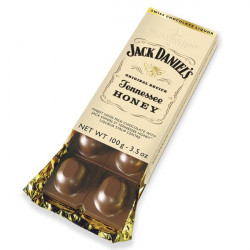 This chocolate bar is the result of a mix of Jack Daniel's Tennessee Honey syrup, with Swiss milk chocolate.