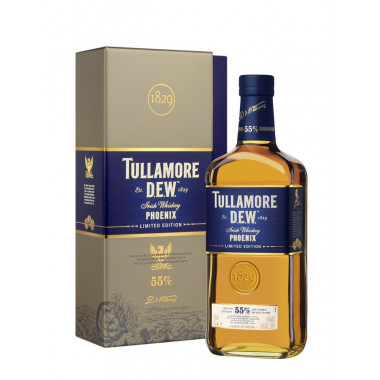 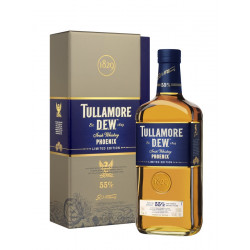 This Tullamore Dew Phoenix Whiskey is a limited edition that has a lively and powerful character.

Tullamore Dew Phoenix is a nice tribute to the history of Tullamore city and a celebration for its resident. Indeed, in 1785, an accident of hot-air balloon caused a fire that devastated almost entirely the city but there was a great solitarity between resident.

The phoenix, the bird rising from the ashes, was then added to the city's coat of arms in commemoration of this event.

This limited edition is the result of an assembly of three types of Irish whiskey produced with a triple distillation: Golden Grain, Malt and Pure Pot Still. Rather lively and powerful, the Phoenix is characterized by its maturation in Oloroso Sherry casks.

Final : long with a persistent warm. A perfect balance between sweetness of sherry ans smooth spicies from Pot Still.