Reopening of our stores in compliance with sanitary rules. Learn more >
Our CellarWhisky Whisky by countryFranceArmorik Triagoz 70cl 46° 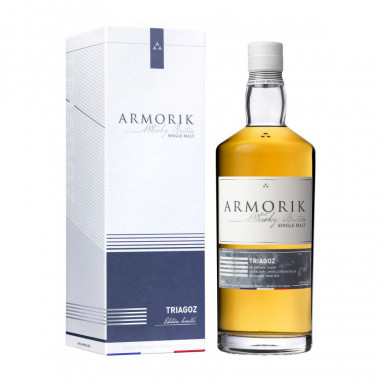 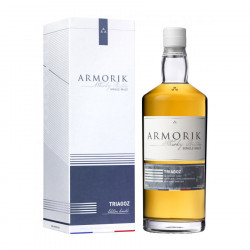 The Warenghem distillery pays tribute to the wild archipelago of Triagoz with this fruity and slightly peated Single Malt.

Aged in Bourbon casks, Armorik Triagoz is a rich and fruity Single Malt.

As the first smoked whisky from the Warenghem distillery, it also has soft peaty notes.

All its character recalls the small wild archipelago of the Triagoz, off the Côte de Granit Rose in France, to which this whisky pays tribute.

With Armorik Dervenn, it is one of the two 2019 limited editions of the Breton distillery.

Nose: fruity with aromas of white peach and pear, and peaty with a hint of vanilla.