Sales up to 50% off. 2nd markdown : extra 10% off on textile items already on sale! Discover >
Our CellarWhisky Whisky by countryIrelandConnemara Distillers Edition Gift Box & Glasses 70cl 43° 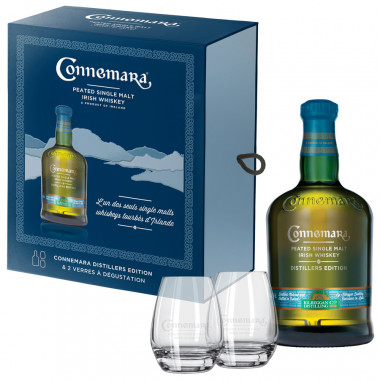 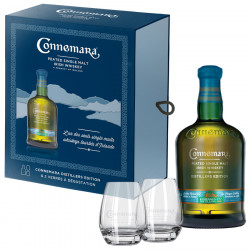 Connemara Distillers Edition is an astute combination of Irish peated whiskies, aged in Sherry casks and Bourbon barrels. This special limited edition is only available on the French market. This whiskey is named after one of the most beautiful regions of Ireland.

Connemara Distillers Edition has been distilled twice in pot stills, a rare fact in Ireland. Connemara's peaty flavour is less phenolic than its Islay counterparts, and blends smoke and vegetal with outstanding style.

Palate: a mellow attack that grows in intensity. The peat tongue-coating powers develop into notes of yellow-fleshed fruits (peach and apricot), and spices (black pepper, ginger) that gives it a bit of a kick. The overall is well balanced and harmonious.

Finish: a finale lingering on the luscious and impressive presence of the smoke.