Sales up to 50% off. 2nd markdown : extra 10% off on textile items already on sale! Discover >
Our CellarWhisky Whisky by countryIrelandTullamore Dew Cider Cask Finish 50cl 40° 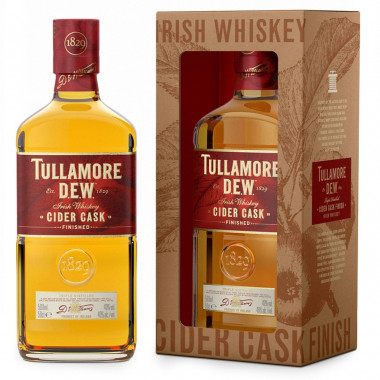 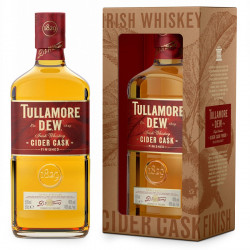 This whiskey is made in cider casks once a year, during apple harvest season.

Tullamore Dew Cider Cask Finish is an original proposition from the iconique irish brand. This whiskey, made from cider casks, is produced once a year during apple harvest season.

This new Tullamore Dew edition symbolize the alliance of two traditional irish crafts, the conception of whiskey and cider:

- The first references of cider in Ireland goes up to the 12th century.

- The first references of whiskey in Ireland goes up to year 1405.