Sales up to 50% off. 2nd markdown : extra 10% off on textile items already on sale! Discover >
Our CellarWhisky Whisky by countryScotlandIslayLaphroaig Lore 70cl 48° 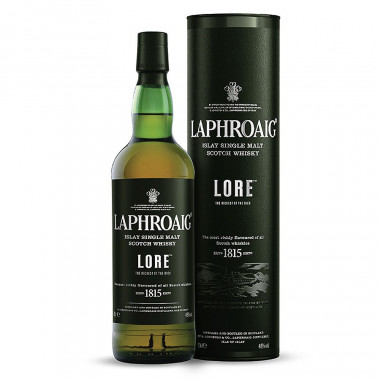 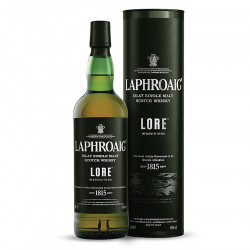 Created by Distillery Manager John Campbell, Laphroaig Lore is said to be the richest ever Laphroaig!

Since 1815, each Laphroaig Distillery Manager has been the custodian of the craft to make the richest Single Malt in the world. Over the years, each has passed on their skills and traditions to the next generation to continue this legacy.

To honour this passing of knowledge, Laphroaig Distillery Manager, John Campbell, has created Laphroaig Lore, the richest ever Laphroaig. Lore, meaning the passing of a skill or tradition through word of mouth, is the story of how Laphroaig is made, encapsulating the craft passed down from generation to generation over two centuries.

To create Lore, both American oak and European oak were used. The former smaller barrels give the strong rich peaty flavours and a longer maturation for the large European Hogsheads until all the deep complexities are slowly released from the wood. Stored in our old dunnage warehouse beside the Atlantic the briny sea air replaces the "Angels share" in the barrels over the "long sleep".

Nose: rich and smoky with seaside minerals with a hint of ash and bitter chocolate drops. Vanilla follows with oily unroasted chestnuts and a hint of fudge with a malty sweetness.