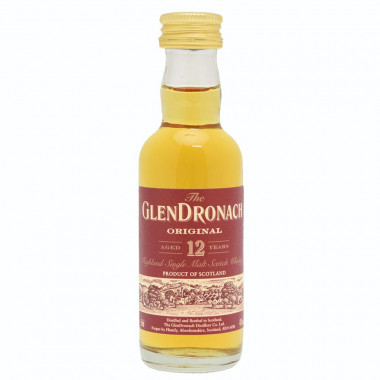 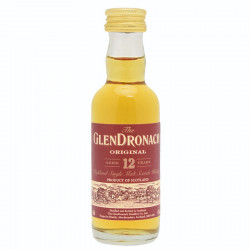 Find Glendronach 12 years Original in miniature. It's a Scotch Single Malt aged in Sherry casks made by Billy Walker, one of Scotch Whisky's most famous master distillers for over 40 years.

Glendronach invites you to discover its original 12 years edition in a miniature format.

This version is a magnificent Highland Scotch Single Malt, fully aged in Sherry casks: a first double maturation in Sherry Oloroso casks to bring notes of dried fruits and spices before a final maturation in Pedro Ximénez cask for the grapes and the syrupy.

This whisky is made by Billy Walker, one of Scotch Whisky's most famous master distillers for over 40 years.