Sales up to 50% off. 2nd markdown : extra 10% off on textile items already on sale! Discover >
Our CellarWhisky Conditioning MiniaturesJack Daniel's Miniature 5cl 40° 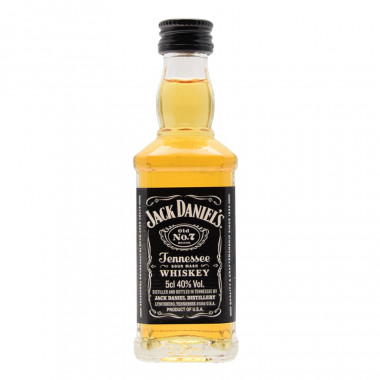 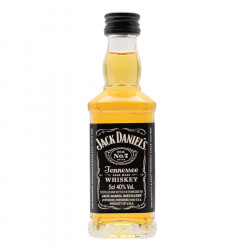 The timeless Jack Daniel's n°7 in a miniature bottle. An emblematic whiskey which tradition dates back to 1866.

The timeless Jack Daniel's n°7 is a Tennessee whiskey which dates back to 1866, made with nearly the same process as the Bourbon.

A whiskey with its singularities: it is produced with the famous Lincoln county method, the whisky is filtered by a layer of mapleleaf charcoal before being casked. It has sweet and round aromas, full of spices and vanilla.

Nose: soft and sweet, notes of wood and fruits, a hint of tobacco.

Palate: round and well-balanced, caramelized flavours, woody and vanilla notes as well as a fruity hint.