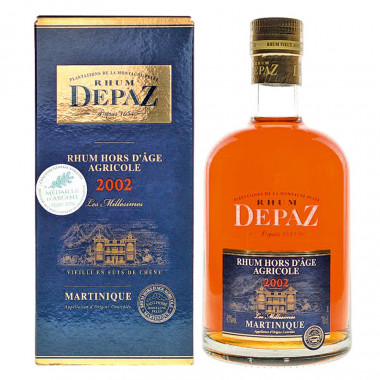 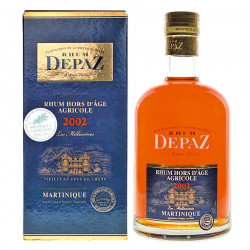 This vintage required 11 long years of aging in selected oak barrels, in the heart of the Depaz chai, not far from Mount Pelée in Martinique.

This new version of the Depaz distillery required no less than 11 years of aging in selected small oak barrels.

The result is a rich, complex tasting rum with gourmet notes of coffee and chocolate. It also reveals notes of slightly peppered cooked fruits.

The last of the Depaz house, we sense the subtle contributions of the exceptional climate of Mount Pelee and its volcanic soil.

It will attract lovers of roundness and old rums

Nose: rich and complex: marriage of cane sugar, chocolate and candied fruit flavors supported by the delights of pastry fragrances.

Palate: presents a supple and gourmet attack, dominated by the flavours of candied fruit and gently accompanied by the delicacy of the woody and the plume of spicy notes.

Final: displays a subtle finish in a very beautiful length.

Silver Medal of the Concours Général Agricole 2016 in Paris.