Our online store is open for your orders. Learn more about delivery >
Our CellarWhisky Whisky by countryUnited-StatesJack Daniel's Master Distiller N°4 70cl 43° 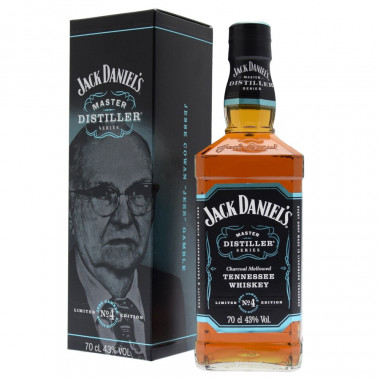 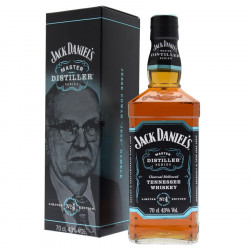 Fourth limited edition of the Jack Daniel's Master Distiller range, this new expression is a tribute to Jess Gamble, the first master distiller, that wasn't linked to jack the creator. Only seven men including Jess Gamble has supervised the creation of the emblematic Tenesse Whiskey in the older american distillery.

This version n°four has kept the distillery's process "Lincoln County" meaning the distillation goes through a layer of mapple charcoal before being matured in barrels. That technique gives Jack Daniel's whiskey its unique taste.

Nose : round and well balanced with vanilla and woody notes.

Palate : soft with a lot of vanilla aromas, warm caramel and woody notes. Liquorice notes as well thanks to the double filtration.