Sales up to 50% off. 2nd markdown : extra 10% off on textile items already on sale! Discover >
Our CellarBeersAmber AlesKilkenny 33cl 4.3° 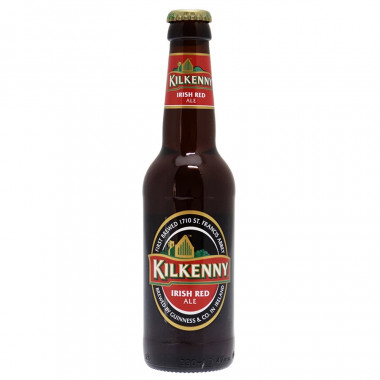 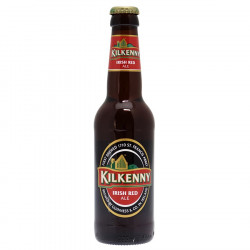 The Kilkenny beer has been launched in the 1980 as a stronger version of Smithwick's, and spread more easily amongst Continental Europe and Canada, as these had a hard time pronouncing "Smithwick's"...

The Kilkenny beer quickly became a hallmark of St Francis Abbey brewery in Kilkenny, Ireland. It is greatly appreciated for its bitter and tangy taste, sweetened with caramel notes. The beer is now a famous feature of the town of Kilkenny.

It is worth noting that Kilkenny has been referred to in a world-famous pun: the South Park characters allude to the beer when saying "They killed Kenny". Indeed, one of the South Park authors bet he could quote the name "Kilkenny" in each one of the episodes of the cartoon. Total success!

The Kilkenny red ale is brewed in Kilkenny, in Scotland’s oldest brewery of Saint Francis Abbey. This old brewery also produces the famous Smithwick’s. Kilkenny is extremely popular in Canada, and develops a rich, creamy and caramelised taste with a hint of bitterness.

Kilkenny beer is referred to in a quite famous play on words from the worldwide known South Park series. The characters, referring to the beer, often say “They killed Kenny”, as one of the South Park script writers bet on quoting the name “Kilkenny” in each episode of the animated series. Total success!

Taste: a malted beer, quite round in the mouth, with a light lasting bitterness. A trail of caramelised barley makes it a full-bodied beer as it has a low sugar content. A light and fruity creamy texture. Quite refreshing.