Our stores remain open during confinement! I discover the measures >
Our CellarWhisky Whisky by countryScotlandHighlandsRoyal Brackla 12 Years Old 70cl 40° 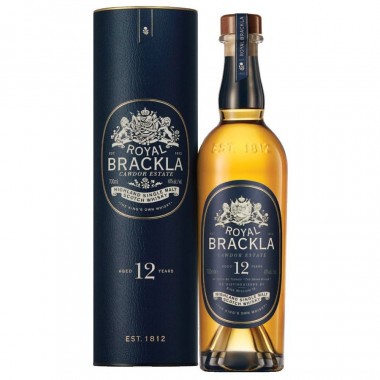 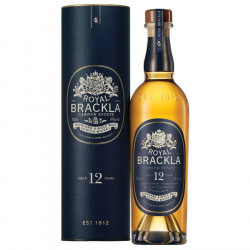 Royal Brackla aims for fruitiness and lightness by having a long fermenting stage of 80 hours compared to the usual 60-65 hours across the industry, and a slow distillation process combined with tall stills means lots of reflux action with the copper, clearing away the sulphury notes. For the entire new line up of official bottlings, the delicate and light spirit is finished in first-fill Oloroso sherry casks.

Royal Brackla 12 Years Old is an elegant and complex scotch with almonds, vine fuits and mild spices notes. It the first whisky to receive the royal certification.

Nose: light and lightly perfumed. Dried flowers, fruity with malt on the background, nuts and almonds. Despite spending most of the time in an ex-bourbon casks, the vanilla and honey are weak here. And then the sherry finish impact notes show up: cooked fruit with spices, cooked nutmeg, milk chocolate, hints of pepper.