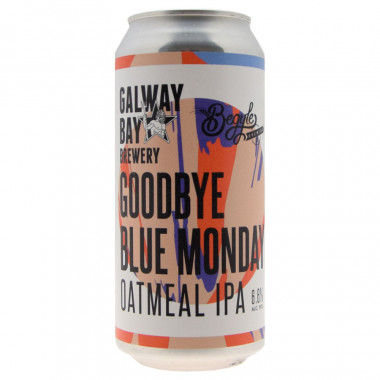 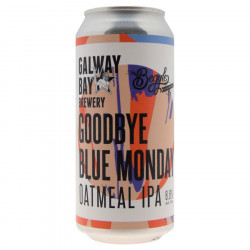 The Galway Bay Goodbye Blue Monday Oatmeal IPA was brewed for the first time in 2013 in collaboration with the Begyle Brewing Brewery in Chicago, USA.

This IPA is brewed from malted barley to which oat is added. A first hopping is done in fermentation tanks with Citra and Colombus hops. After this stage of fermentation, the brewery practices a "dry hopping" adding several times Citra hops again.

The dry hopping process doesn't bring bitterness and on the contrary allows to develop the aromas usually lost during boiling.

An IPA highlighting the aromas more than bitterness.

Jason and Niall opened a small pub in Galway on the West Coast of Ireland with the aim of offering their customers locally made fresh beers alongside a full range of international craft beers.

It was quickly obvious that the beer produced deserved to be shared. Eight years and eleven bars later, the Galway Bay brewery has grown from an annual production of just 300 hectoliters to over 5,000 hectoliters today.

Their beers and brewery have been rewarded on numerous occasions both in Ireland and internationally. Galway Bay Brewery has recently been voted best brewery and best beer producer in Ireland by Rate Beer and has won a silver medal in the World Cup for "Buried at Sea".