Our stores remain open during confinement! I discover the measures >
Our CellarWhisky Whisky by countryIrelandJameson Maker's Series Distiller's Safe 70cl 43° 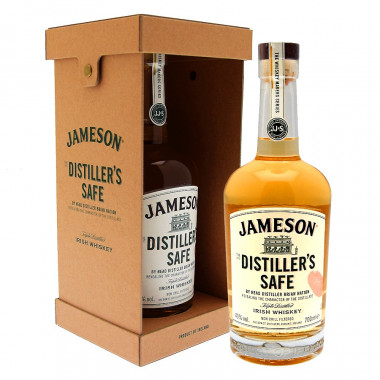 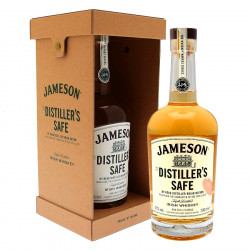 The Distiller's Safe reveals sweet notes of apricot, melon and cinnamon, imparted by the exceptional work of the Head Distiller and the importance given to the distillate's quality.

The Distiller's Safe is a Blended Irish whiskey that has been crafted by Jameson Head Distiller Brian Nation, and is part of the Jameson Maker's Series, created to celebratre the exceptional work of whiskey craftsmen. The namesake refers to the sealed alcohol safe made from copper and glass, from which the distiller may judge the quality of the distillate coming straight from the stills. It symbolizes the remarkable expertise of Jameson distillers and the importance given to the distillate, first step in creating exceptional whiskey.

The Distiller's Safe reveals sweet notes of apricot, melon and cinnamon, associated with buttery scents of pastry and cane sugar.

At the heart of Jameson whiskey lies the authentic art and knowledge of the Master Distiller, Master Cooper and Master Blender. This is why Jameson released the Maker's Series, to let the world experience the passion and expertise of the Jameson crafstmen.

Nose: flavours of dried herbs and flowers rise from the glass, over a spicy background that reveals a perfect combination between Irish grain whiskey sweetness and the marked character of Irish pot still whiskeys.

Palate: buttery notes of pastries and cane sugar, cinnamon and liquorice develop on a silky body, with a subtle mid-palate tangerine, apricot and melon flavours.

Finish: light, with citrus notes and a hint of barley on the background.