Our online store is open for all your home delivery orders.
Our CellarRum CellarOld RumSaint James Single Cask 1997 70cl 42° 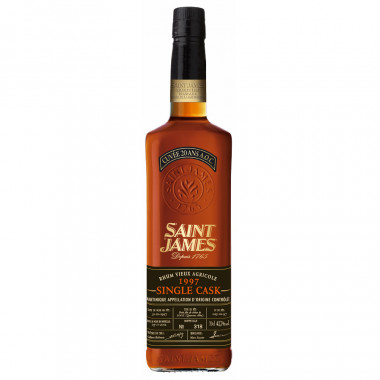 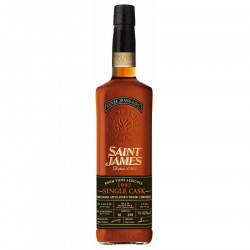 The 1997 rum of Saint James is a Single Cask tribute to the first year of the AOC appellation (controlled origin of Martinique).

This vintage Saint James 1997 is a tribute to the AOC (French acronym for protected designation of origin), which celebrated its 20th anniversary in Martinique (French Carribean island) in 2017.

Indeed, it was in 1997 that the specificities of the AOC were scrupulously followed for the first time by the distillery.  This rum was obtained by the collaboration of Marc Sassier, oenologist and Gilbert Bolinois, Rum Master of Saint James.

It was aged in small American white oak barrels before being slowly reduced and bottled in 2012.

Each bottle is numbered.

The distillery of Saint James was born in 1765, at the foot of the peeled mountain, on the island of Martinique (St Marie). It is the most important producer of agricultural rum of the island, but also the most famous , even owning a rum museum.

Located on the heights of St Pierre in the 18th century, it was transferred to Sainte Marie following the eruption of the volcano of the peeled mountain, which charred the entire sugar cane fields, except for a part: those of the St James plantation.

Still active today, it would produce around 3 million liters of rum a year, making this distillery the largest producer of agricultural rum on the island.