Sales up to 50% off. 2nd markdown : extra 10% off on textile items already on sale! Discover >
Our CellarRum CellarTypes of rumOld RumSaint James Quintessence XO 70cl 42° 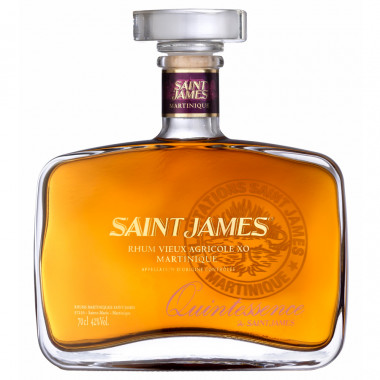 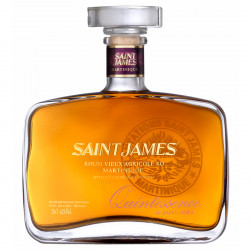 Quintessence rum is an alliance of the best vintages of Saint James aged over 6 years in small casks.

Quintessence rum is a concentrate of the best vintages of the Saint James distillery in Martinique, a blend of vintages over 6 years old. This is the successor of the Cuvée 240th anniversary.

This Saint James Quintessence rum comes in a majestic carafe, reminiscent of a bottle of perfume.

Quintessence has been developed to bring out the whole aromatic palette of Saint James distillery within the same rum.

Nose: fruity notes of figs and dried dates, enhanced by notes of undergrowth, mocha and spices.