Sales up to 50% off. 2nd markdown : extra 10% off on textile items already on sale! Discover >
Our CellarRum CellarTypes of rumOld RumSaint James 12 Years Old Rum 70cl 43° 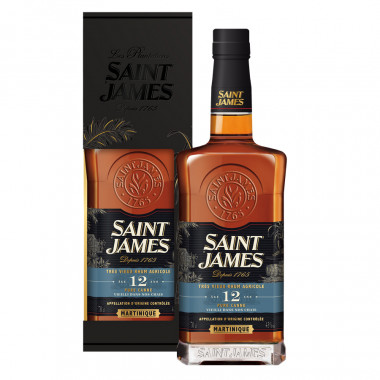 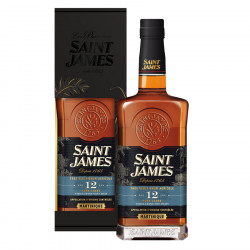 Aged for at least 12 years in oak barrels, Saint James rum 12 years of age is an amazing digestive, of high aromatic quality with a predominance of oak, with roasted nuances and spicy notes, evolving on the palate to develop on a certain suavity.

The masters blender at Saint James put all their talent in their old rums, made in the greatest respect of the traditions of agricultural rums AOC Martinique (controlled origin).

The warm and humid tropical climate of Martinique plays a key role in rum aging. This step is essential in the design of a rum. Indeed, it is during this period that it will develop all its character. It is to obtain this character that this rum is aged for 12 years.