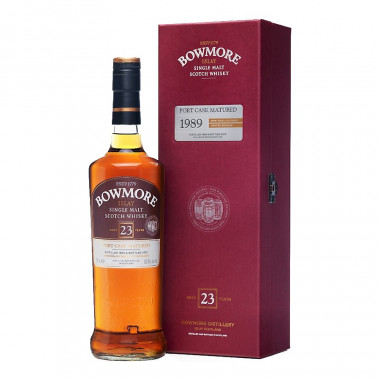 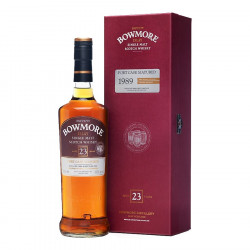 Bowmore 23 Years-Old is an exeptionnal Single Malt distilled in 1989, unchilfiltered and bottled in a very limited edition. This whisky presents a whole range of extraordinary perfums and flavors with its slow aging in Porto casks whose aromas melted in peat and typical Bowmore smoke.