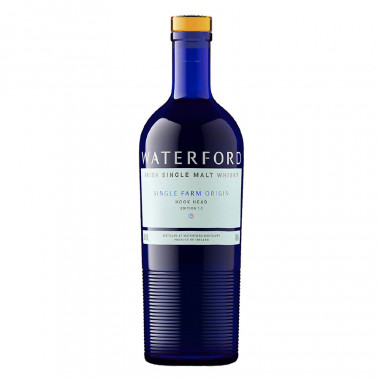 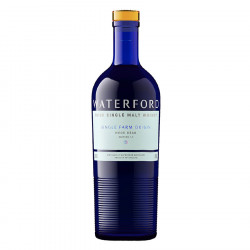 Waterford Single Farm Origin Hookhead Edition 1.1 is a Single Malt with a malty and gourmet character with spicy and mineral notes.

The expression Hookhead Edition 1.1 was distilled from barley grown and harvested in 2015 by Martin Foley on the tip of Hook Head in the south of County Wexford, Ireland, west of Waterford.

This land is marked by clay and clay soil as well as salt storms, sea fog and Atlantic Ocean breezes. The result is a Single Malt with beautiful spicy (nutmeg, white pepper ...) and mineral notes completing its malty and gourmet character.

Hook Head edition 1.1 is part of the Single Farm Origin range from the Waterford Distillery. The expression of the complexity of a single terroir, a single farm, a single harvest ... One place, one farm at a time!

Finish: long and spicy with a very persistent oily and spicy character.