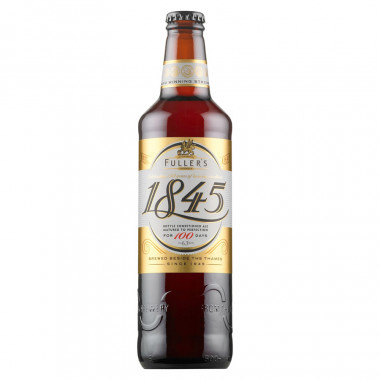 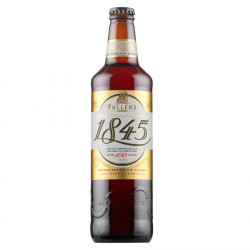 1845 Celebration is a beer from Fuller's Brewery, the best-selling Ale in the UK.

The date of minimum durability of these beers is June 1, 2020. It is only indicative. The law authorizes sale with an outdated MDD. This is not an offense. Rather than being thrown away, we therefore wish to offer you these products at a reduced price.

The 1845 Celebration Beer was specially commissioned by Fuller's to celebrate the brewery's 150th anniversary in 1995.

It is a beer with very rich aromas that has been popular at many trade shows around the world. Its particular conditioning allows it to have a taste as if it came directly out of the barrel. A tiny residue of yeast ferments in the bottle allows a development of character and a depth of flavour over time.

To ensure its reputation, the 1845 Celebration Beer matures for at least 100 days before it goes on sale. It is during this time that the rich and fruity characteristics of the beer are enhanced and the malt flavours create a balanced Ale. While tasting it, one understands better why this beer is the most sold ale of the United Kingdom.