Sales | Up to 50% off! >
Our CellarWhisky Aging / MaturationBourbonBlanton's Gold Edition 70cl 51.5° 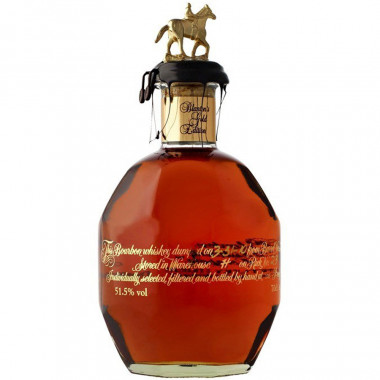 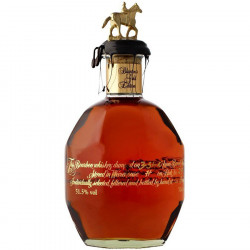 The Gold version of this Single Barrel Bourbon is the most accomplished among Blanton's with its notes of dried fruit, plum and spices.

Blanton’s Gold Edition is the first bourbon to be bottled cask by barrel (single barrel) in 1983. Its high rye content makes it drier and spicier, with hints of black fruit, cinnamon and pecan nuts as well as a touch of honey and vanilla for sweetness.

It is produced at the Buffalo Trace distillery in the heart of Kentucky, USA.

This Straight Bourbon is a tribute to Albert Blanton who ran the distillery from 1912 to 1953.

The Gold version is clearly the most advanced version of this Single Barrel and has been awarded many times.

Blanton's is an American Bourbon whiskey brand distilled by the Buffalo Trace distillery in Kentucky.

In 1983, the brand became known as the first to sell Bourbon bottled cask by cask (Single Cask), under the name Blanton's Single Barrel Bourbon.

This type of product then developed rapidly in other distilleries in the United States (Jack Daniel's, Heaven's Hill ...) and is commonly used in so-called "high-end" products.

This pure Bourbon whiskey bears the name of Colonel Blanton, who directed the distillery from 1912 to 1953. The creator was inspired by his predecessor, using the abandonment of the principle of rotation of the casks to give each barrel a unique fragrance.

Blanton's is currently part of the Sazerac Company group.

Nose: finely woody, marked by dried fruits. It evokes spices such as cinnamon, vanilla or honey.

Finish: long, it develops on notes of vanilla, pecan, caramel and apple.