Sales up to 50% off. I take advantage >
Our CellarBeers & CidersBrown BeersEmelisse Imperial Russian Stout 33cl 11° 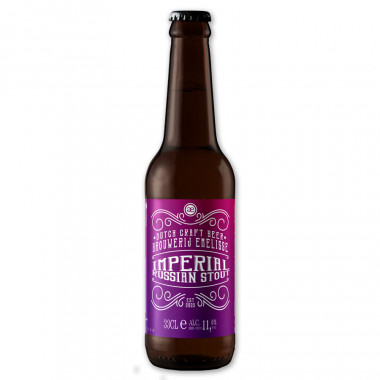 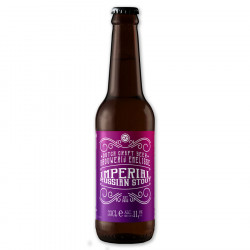 Dutch stout beer reinforced with hops and malt according to the Imperial Russian recipe.

This strong stout beer offers tasting an explosion of chocolate flavours accompanied by notes of coffee. A beer that can be enjoyed as an aperitif or digestive and can replace an Irish Coffee. The intake of cane sugar reduces its bitterness.

The term "Imperial Russian" was used in the early 1800s for beers destined to Russia, specifically for the imperial court of Russia. The amounts of hops and malts are doubled or tripled compared to a traditional stout for a degree ranging from 8 ° to 12 °.

*International bitterness unit (IBU symbol) is a unit used by brewers to measure the bitterness of their beers. It is a unit weight of one part per million (ppm) of isohumulone (an alpha acid), the bitterness agent that comes from hops.