Sales up to 50% off. 2nd markdown : extra 10% off on textile items already on sale! Discover >
Our CellarRum CellarTypes of rumOld RumSaint James Cuvée Excellence 70cl 42° 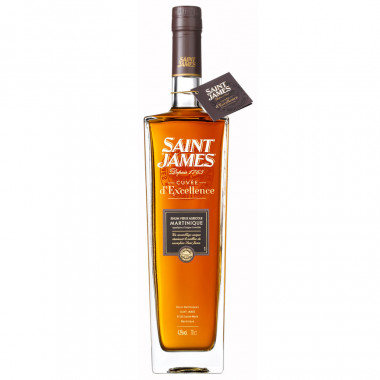 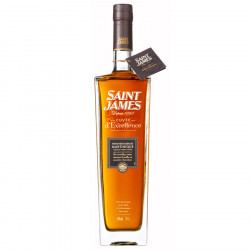 Saint James Cuvée Excellence rum has been repeatedly recognised for its excellence.

Saint James Cuvée Excellence rum is a great rum of authentic Martinican tradition, a tribute to the passion and quality of Saint-James rums regularly rewarded worldwide.

The cuvée Excellence was created to celebrate the excellence of the expertise of the men of the distillery Saint James, who perpetuate the tradition and respect for more than 20 years AOC Martinique.

It is a blend of carefully selected old rums, revealing aromas and finely wooded flavours, with hints of spices. Its degree, 42 °, is lower than that of traditional old Saint James rums, which underlines its roundness in the mouth.

Palate: full and fat, surprising by its roundness accentuated by its degree lower than the usual old rums of Saint James.

Gold Medal - Award of Excellence - General Agricultural Competition in Paris in 2008 and 2012.