Sales up to 50% off. 2nd markdown : extra 10% off on textile items already on sale! Discover >
Our CellarBeersWhite BeerBlanche Terenez Beer 33cl 5.6° 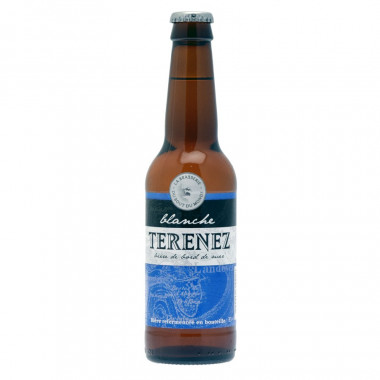 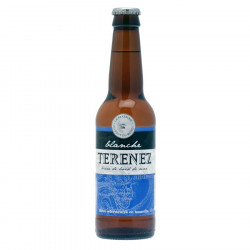 Between lemon and orange: citrus fruits and sweetness are the main features of Blanche Terenez, a beer to taste and enjoy.

Between lemon and orange: citrus fruits and sweetness are the main features of Blanche Terenez (white beer), a beer to taste and enjoy. This white beer was refermented into the bottle giving a surprising elixir. The beer enthusiasts will be pleasantly surprised by this refreshing expression, wonderfully paired with a mackerel or pollock rillette. This is an hymn to Britanny, its place of origin.

Best served at 3 to 4°. Let the Blanche Terenez breathe 3 to 5 min in a glass so as to reveals all of its flavours.