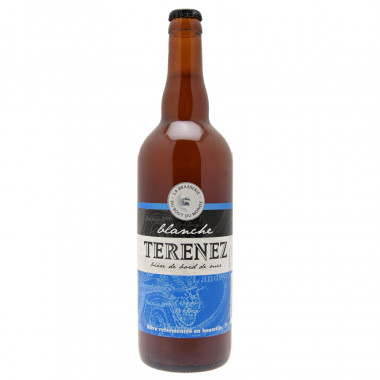 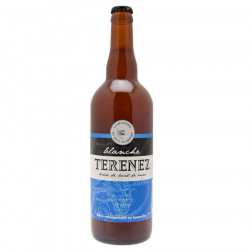 Discover the Blanche Terenez of the Bout du Monde (Land's End) brewery, in a  in a tall 75cl bottle format. The beer picked the Silver Medal at the International Beer Cup 2014 in Yokohama, Japan. Blanche Terenez develops lemon and orange flavours with a remarkable sweetness. It is extremely refreshing and is ideally served at a 3 to 4° temperature.

Allow Blanche Terenez to breathe in the glass 3 to 5 minutes so as to let out all of its aromas.