This summer, enjoy the Aperotime with our selection. Learn more >
Our CellarArchivesTullamore Dew Crock 70 cl 40° 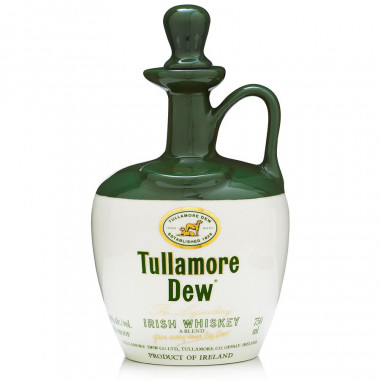 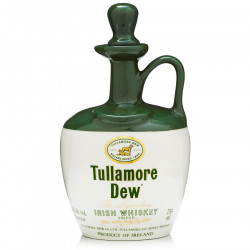 Discover the world-famous Tullamore Dew presented in its original crock.

Produced by the Midleton distillery, Tullamore Dew is named after a distillery that closed in the 50s. Tullamore Dew is a blend with a high percentage of Pure Pot Still, made with malted and non malted barley. It has a unique taste with a triple-distillation typical of Irish whiskeys.

Tullamore Dew is the number 2 Irish whiskeys in the world with more than 5 millions of litres each year and one of the booming sales in France. Tullamore Dew is today presented in its traditional ceramic jug with porcelain stopper, used in the brand early days back in the 1820s.

Nose: maybe the boldest of the Tullamore Dew whiskeys. With a lively character, notes of caramel, caramelised sugar, cereals, citrus (lemon) and red berries, evolving on herbaceous fragrances of green and cedar wood.

Tullamore Dew is the ideal base for Irish Coffee, which was the delight of Marylin Monroe, John Fitzgerald Kennedy, Eleanor Roosevelt, Humphrey Bogart and Ernest Hemingway.