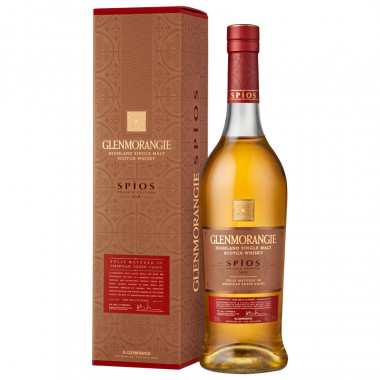 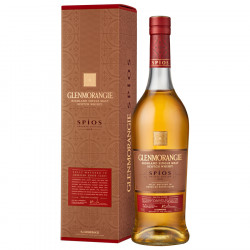 Glenmorangie Spìos is the ninth version of the Private Edition collection of the distillery. It is a Single Malt that highlights spicy and balanced aromas with its aging in American Rye whiskey casks.

Ninth version of the Private Edition collection of the distillery, the Single Malt Glenmorangie Spìos makes us travel to the golden age of the American Rye whiskey.

The limited edition 2018 Spìos is a new Glenmorangie innovation. This is the first Single Malt Scotch whisky aged 100% in Rye Whiskey barrels, an American whisky made from rye, which has very characteristic spicy notes. The result is an authentic Glenmorangie with a rich and balanced character and particularly spicy and original notes.

This 9th Private Edition plunges us into America at the beginning of the 20th century, in the golden age of Rye Whiskey. At this time, this whiskey was consumed in prestigious bars, where its inimitable spicy style inspired iconic cocktails, such as Old Fashioned and Manhattan.

The casks were transported to Tain in Scotland in the Highlands, then filled with Glenmorangie whisky rigorously selected to offer exceptional characteristics to this Single Malt.

Glenmorangie Spìos is unfiltered to preserve its deep, silky texture. It's heading at 46 °.