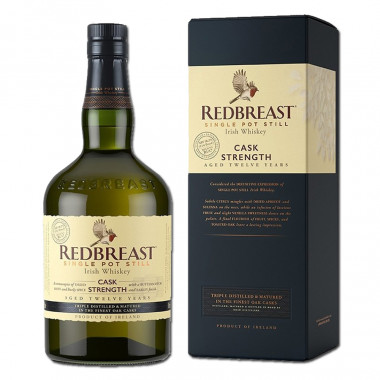 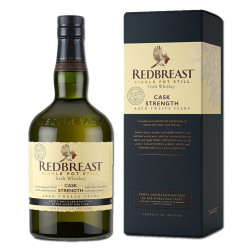 This whiskey is the cask brut version of the 12 Year Old Redbreast. It was distilled 3 times from malted and unmalted barley and bottled without cold filtering.

It was bottled without cold filtering and triple distilled from malted and unmalted barley. It has aged in ex-cask of Oloroso Sherry and ex-cask of Bourbon.

It is marked by aromas of red fruits, malted barley and spices.

Finish: long and complex. Notes of fruit and spices for an apotheosis on malted barley.