Sales up to 50% off. 2nd markdown : extra 10% off on textile items already on sale! Discover >
Our CellarWhisky Whisky by countryScotlandHighlandsDalmore 18 Years Old 70cl 43° 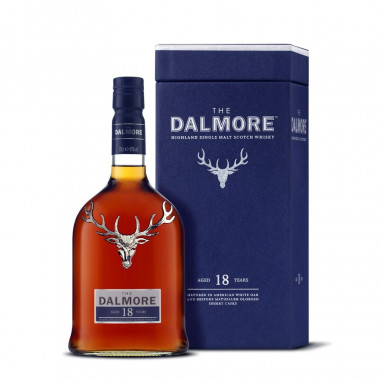 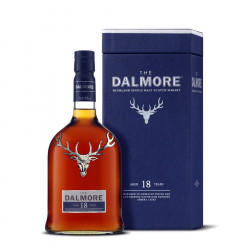 This amazingly subtle and refined 18 Year-Old version is the flagship of the Dalmore range!

Dalmore 18 Years Old is a flagship of the Dalmore range. This 18 Year-Old version has firstly been aged for 14 years in American white oak casks that contained Bourbon whiskey, then has been transferred into Matusalem Sherry casks for an additional 3 years then 1 year into Sherry to become mellower.

18 Year-Old Dalmore offers then a tasteful, exciting experience for the senses with an impressive, lasting scent of oak, cinnamon and nutmeg. Generous aromas of orange marmelade, dark chocolate, candied citrus, rich coffee and cloves envelop the palate with amazing sweetness.