Our online store is open for your orders. Learn more about delivery >
Our CellarWhisky Whisky by countryScotlandHighlandsGlenmorangie Dornoch 70cl 43° 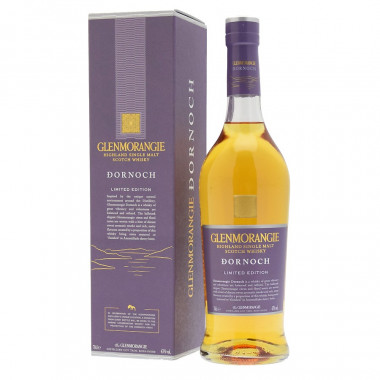 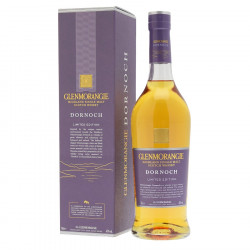 This Single Malt is a Glenmorangie limited edition, inspired from the Dornoch Firth, a vast firth located North of Scotland, behind the Royal Burgh of Tain. This exceptional natural spot is where the Glenmorangie distillery was founded in 1843. This is also why Glenmorangie was named the "valley of tranquility" in Scottish Gaelic.

Palate: a whirlwind of peat than brings a surprising dimension perfectly combined with generous sweet smoked apples, alongside nutty and caramelised flavours.

Finale: an intricate panoply of floral notes, hallmark of Glenmorangie with a vanilla twist and citrus hints.