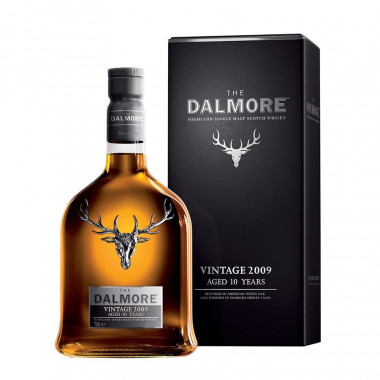 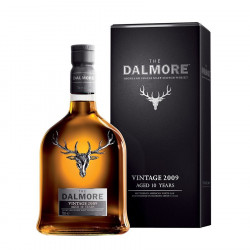 The Single Malt Dalmore 2009 Vintage is matured in bourbon barrels and then in old Sherry Oloroso barrels. A unique expression with a complex and spicy aromas.

Under the close supervision of distiller Richard Paterson, this precious liquid was first refined in ex-bourbon barrels in American white oak. The result is sweet with notes of vanilla and honey.

The Single Malt was then transferred to different types of Oloroso sherry casks for final maturation. These special wine barrels, specially selected for this whisky, give it a rich flavour and aromas of hazelnuts and spices.