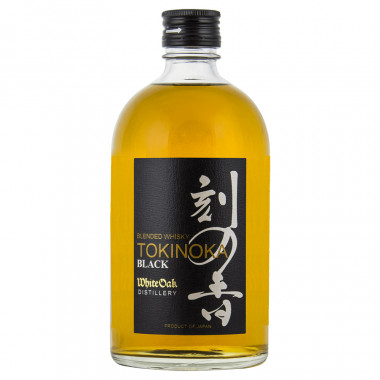 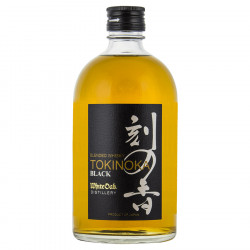 Developed by Akito Ueda, Master Blender of the White Oak Distillery, Tokinoka Black is a beautiful Japanese blend whisky made from the blend of 50% malt whisky and 50% grain whisky.

The whisky enjoyed a maturation in 3 different barrels: Bourbon, Sherry, and new oak. This version has more malt than blended Tokinoka. Its aging gives it a lot of richness with unctuous and spicy notes but also a sharp side.

Tokinoka's signature sweetness and vanilla are accompanied by tropical and woody notes.

Palate: it is rich and woody. There are aromas of citrus (grapefruit, orange) accompanied by spicy and unctuous notes.

Finale: very soft, it is vanilla and tends to the grilled wood.