Sales up to 50% off. 2nd markdown : extra 10% off on textile items already on sale! Discover >
Our CellarWhisky Whisky by countryScotlandSpeysideGlenlivet Nàdurra Oloroso 70cl 60.3° 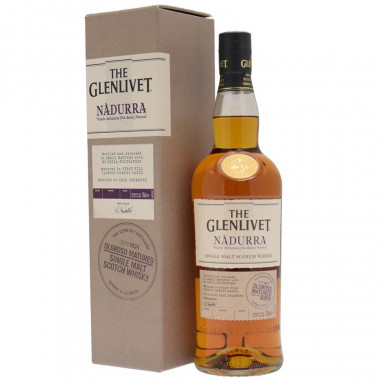 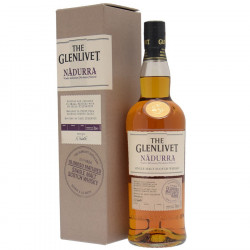 The Glenlivet Nàdurra Oloroso is a natural Single Malt bottled without addition of water. Aged in Oloroso Sherry casks, it stands out with flavours of dried fruits and spices.

The distillery Glenlivet from Speyside has chosen to develop its range Nàdurra. Meaning “natural” in Gaelic, the Nàdurra range is The Glenlivet’s line of non-chill filtered Single Malts made in the traditional style of 19th century, with each expression bottled and released in small, exclusive batches.

This expression of the Nàdurra family has been aged in Oloroso Sherry casks which imparts aromas of dried fruits and warm spices. It is bottled at "cask strength" and non-chillfiltered (i.e without addition of water).

Nose: aromas of dried fruits (raisins and apricots), lifted by hints of cinnamon and liquorice.

Palate: smooth and creamy with flavours of spicy orange marmelade and a hint of dark chocolate.

Finish: sweet and long, slightly dry and spicy at the end.