Sales | Up to 50% off! >
Our CellarWhisky Whisky by countryScotlandCampbeltownKilkerran Heavily Peated 70cl 59.3° 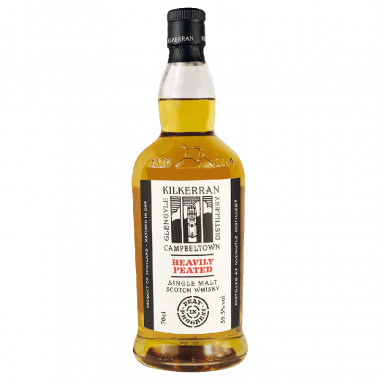 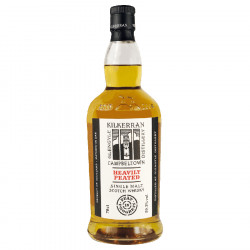 Kilkerran Heavily Peated offers in limited quantity, to discover the peat profile of the Glengyle distillery from Campbeltown.

Kilkerran is a whisky produced in limited quantity by the Glengyle Distillery in Campbeltown.

Glengyle has restarted its whisky production since 2004. Kilkerran is still a rare product on the market.

This new edition "Heavily Peated" reveals the peaty side of Kilkerran. It is a Single Malt aged in Bourbon casks (55%) and sherry casks (45%). It has a phenol level of 84ppm*.

Kilkerran Heavily Peated has an undeniable peaty character that combines with the richness of its maturation. His profile develops on citrus fruits, smoke and vanilla.

Established in 1872 and shut down in 1925, the Glengyle distillery in the Campbeltown region, has been reborn since 2004 with whiskies called Kilkerran.

The owner of the Springbank distillery, Hedley Wright, decided to reactivate Glengyle in March 2004, from which he bought the building and the remaining equipment in 2000.

All operations are conducted by Springbank staff, who also handle malting barley on their malting area.

The Glengyle distillery, on the other hand, retains its specificities with the practice of long fermentations, from 80 to 100 hectares and is equipped with two iron stills.

The first Kilkerran whisky was released in 2007.